Hello? *knocks on computer screen* Are you there? I have something to share and the NEWS is HUGE!

TANGLED TIDES by Karen Amanda Hooper has been released and your hands NEED to be on this delicious tale!

There are so many amazing sea creatures but I've chosen Team Merfolk. You'll have to read the book and decide where you'd like to stand. So what better way to entice you then to share a blurb of this sea journey!

Yara Jones doesn’t believe in sea monsters—until she becomes one.

When a hurricane hits her island home and she wakes up with fins, Yara finds herself tangled up in an underwater world of mysterious merfolk and secretive selkies. Both sides believe Yara can save them by fulfilling a broken promise and opening the sealed gateway to their realm, but they are battling over how it should be done. The selkies want to take her life. The merfolk want something far more precious.


Treygan, the stormy-eyed merman who turned Yara mer, will stop at nothing and sacrifice everything to protect his people—until he falls for Yara. The tides turn as Yara fights to save herself, hundreds of sea creatures, and the merman who has her heart. She could lose her soul in the process—or she might open the gateway to a love that’s deeper than the oceans.

Now, the reason I chose Merfolk? First off... who doesn't want to have MER in their name? That's a given! Second, they are of the sun, need warmth, gifted singers, and can control water.

What? You want to know if possess any of those? Sheesh! Of COURSE NOT! That's why I want to be on their side. After all, I'm always cold so would love to be warm! The ability to sing?? I'm just looking for the ability to not be tone deaf... and can control water, I mean, that's just one bad ass ability! 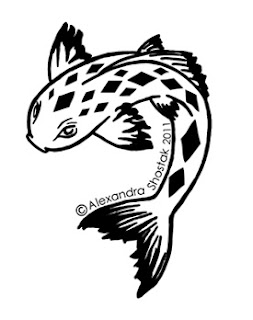 So go buy this book! Karen is a doll in the blogging world and should be shown appreciation for all the hard work and dedication she gave to this book. She's a knockout role model and I know would be honored to have you snag a copy!

Enjoy your Black Friday and get your hands on this book! You won't regret it!
Posted by Unknown at 6:30 AM

Added it to my wishlist! :)

Thanks so much for celebrating with me, Jen! *hugs*

And yay for merfolk! (even though I love all sides.)

*hands you a piece of cake and mimosa*

Looking forward to reading this. Congrats to Karen!

I did not know someone could be 'turned' mer. Although I'm skeptical, I appreciate that a book has been published that is not about vampires and werewolves. Go fish and seal people!

I have been waiting for this one! I'm excited to see how many blogs have celebrated this day with author Karen Amanda Hooper. Such a great support system!

adding to my wish list right now lol thanks for sharing

Looking forward to reading this one! Thanks for sharing!

Hope you had a wonderful weekend!